You might have heard about people before who vanished – maybe you’ve seen a news report about a woman who had her identity stolen, or watched a TV special about someone who faked a death or even their entire identity in order to escape debts, their past, or a troubled relationship. 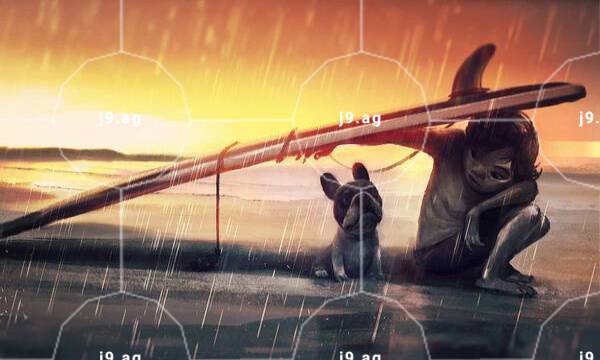 Each year, a countless number of people attempt to alter their identity… legally or illegally. Not surprisingly, the history of altering one’s id can be traced back hundreds of years. To “disappear” was especially common before the digital age, when it was harder to trace people across state lines or country lines. It was not unheard of for someone to simply leave their “old” life and begin a new one across the country, never to be heard from again.

Today, id change is increasingly linked to our frequent use of digital technology. It’s become much harder for people to get their new identity the illegal way – simply put, this means without going through the legal government process required to really change your own identity.

Why are you thinking about a new identity?

If you are thinking about a new identity, it’s a pretty good idea to ask yourself: Why? It’s a question with many different answers, because there are so many reasons why someone might be thinking about altering their identity.

Maybe you want a name change because your old name reminds you of a troubled past or unpleasant relative. Or maybe you were in a bad relationship, and changing your name is one way to avoid trouble from an unpleasant or even a violent ex-spouse. You may have witnessed a crime, testified at a court case, or gotten involved in gang activity—and changing your name will help keep you or your family safe. All of these can be valid reasons for attempting to change your identity. In fact, the United States government recognizes several valid reasons for identity change: two of which are being the victim of abuse or the victim of identity theft.

But not every reason you might have for wanting to alter your identity is considered valid or legal by the government. One reason that many people begin to think about identity altering is this: debt. Debt is something that almost everyone will have to deal with at one point in their lives. Unfortunately, some people—through poor planning or mistakes or sometimes bad luck—will accumulate much more debt than others. When people have a debt of thousands, or hundreds of thousands, or even millions of dollars, they may begin to think about alternative solutions to solving their debt problem. One of these solutions is often changing one’s own identity. Debt can be a crushing, stressful weight on your life and you can hardly be blamed if the thought of altering your identity comes to mind when you think about ways to erase your massive debt.

Can identity change really help with a problem like debt?

Let’s be frank: The United States government does not recognize debt as a valid reason for changing your identity. Attempting to avoid debt through identity change is probably going to require you to change your identity in a less-than-valid way, so if you are considering it for this reason, you’ll have to consider whether or not you are willing to risk potential fines or even jail time if you are caught.

Let’s be frank again: The thought of changing identities to escape debt and start a new life is very tempting. You can start over. You can be a new person. You can, above all, be rid of the debt that was likely causing you endless stress and putting you under intense pressure. The allure of a new life, free from current burdens, is one of the reasons that dozens of people each year are caught avoiding debt by altering their identity.  They decided that it was worth the risk—they, like many others, were caught. But no one can judge them for at least trying to solve their problems this way.

The pros and cons of attempting an identity change

If you are considering an identity change, for valid reasons or otherwise, you’ll need to consider the following pros and cons.

Changing your identity can help you avoid negative, unpleasant or even violent past spouses. Men or women who are victims of abuse may find that they are unable to avoid the attentions of their past abusive spouses, who may be engaging in stalker-like behavior or otherwise attempting to harm or antagonize their former victims. A name change can put a buffer between the victim and their aggressor, which will make it more difficult for the aggressor to find the victim in their new home.

Changing your identity can be a positive personal choice. There are several reasons why you might want to change your name purely from a personal point of view. Maybe your name brings back bad memories of being teased throughout school, or you were named after a relative who has done nothing but antagonize you throughout your entire life. If your name makes you unhappy, changing it can lead to a more positive and carefree life. You might also wish to change your name to reflect a change in your life—although it should be noted that many areas have laws against changing your name multiple times without a more valid reason (such as spousal abuse or certain types of identity theft.)

Changing your identity can be a complicated process which may take months or even longer to fully complete, especially taking into consideration updating your records and files.

Is identity change worth it for you? You’ll have to decide on your own!

One thought on “How To Vanish?”